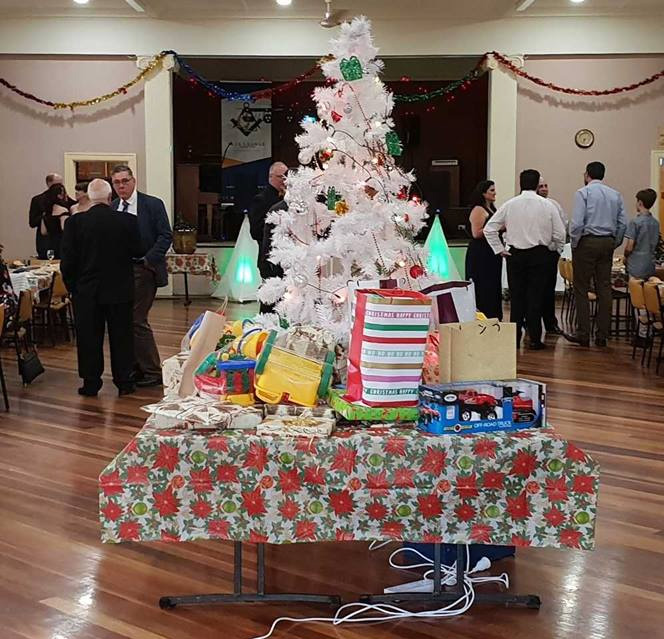 We are pleased to advise that a $5800 donation is to be made to the Banyule Children’s Gift Appeal, with $5000 funds provided by the Freemasons Foundation Victoria, and $800 raised by a Christmas Dinner Ball by the Ivanhoe Grammarians Lodge and Admiral Collingwood Lodge.

Whilst the $5000 in funds will be directly deposited to the Appeal (the $800 has already been paid), it is hoped that a Banyule and/or Appeal representative (possibly from major partner, Diamond Valley Support) will be present at our ‘Buckley Night’ at 7.30pm on Thursday, February 7, at Ivalda Masonic Centre, 40 Salisbury Ave, Darebin, to receive a ‘ceremonial’ handover. Mayor Cr Wayne Phillips has been invited, but we are unsure yet as to his availability.

Ivanhoe Grammarians Lodge has been involved with the Appeal for many years. A former ‘Master’ of the Lodge, the late Max Fraser, was a champion for the ‘Toys For Tots’ Appeal, which grew into the Banyule Children’s Gift Appeal. As well as the monetary contribution, Lodge members have given generously with many toys for disadvantaged boys and girls in Banyule, with efforts led by members including Haydn Gregson. The Appeal also provides gift cards at Christmas for disadvantaged teenagers. Admiral Collingwood Lodge, which also meets at Darebin, joined the Ivanhoe Grammarians this year.

Ivanhoe Grammarians Lodge is an offshoot of Ivanhoe Grammar School, which an active in community service in the local area and worldwide.