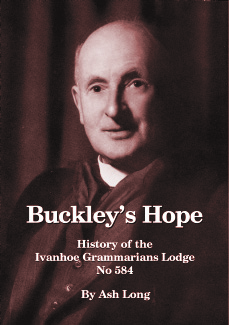 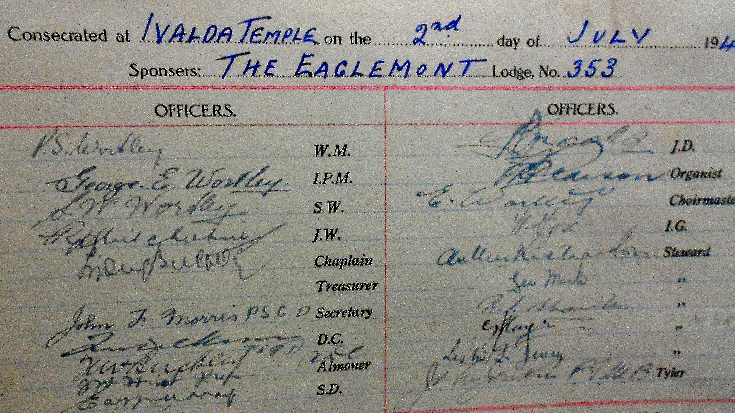 Ivanhoe Grammarians Lodge was consecrated on Tuesday, July 2, 1946, at the Ivalda Masonic Temple, Darebin. The Lodge was sponsored by the Eaglemont Lodge No 353. A gathering of more than 100 Freemasons was in attendance, including 26 of the 29 Foundation Members, 19 Grand Officers, and 74 visitors signing the Appearance Book. A glimpse