Sydney Buckley (known affectionately by the nickname of ‘Cobber’) and fellow Foundation Members sought to form the Ivanhoe Grammarians Lodge in 1939, but this was interrupted by the commencement of World War II in September 1939. The Lodge was consecrated in 1946.

The School history, What Matter I, was written by John Brisbane Harper, M.A., LL.M., an Old Ivanhoe Grammarian.
The book was published in 1965, to record the School’s first 50 years. We publish the following excerpts, by courtesy of the Ivanhoe Grammar School.
Prologue
Sydney Leonard Buckley
From What Matter I, by J.B. Harper. 1965. 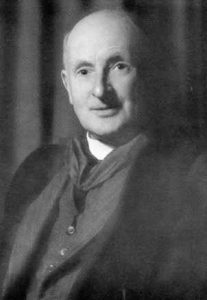 The Rev. Sydney Buckley
(pictured at the time of his retirement, 1947)

To have founded a school which has become one of the enduring institutions of a great city is an achievement to which not many men attain. To have done so at the age 32 years, out of almost nothing but faith, enthusiasm and hard work, is one which must surely be rare indeed. This, however, is what Sydney Leonard Buckley, the founder and first Headmaster of Ivanhoe Grammar, accomplished. And for him his great reward was that he lived to see the vision of his youth brought to reality and the School which he founded, and struggled to sustain through two World Wars and a crippling economic depression, firmly established and preparing to celebrate its Golden Jubilee.

Buckley’s vision of the School he wished to create was, in its broad outlines, very much the same as that of Edward Thring, the great headmaster at Uppingham, who, in the latter half of the last century changed the whole conception of public school education in England. Buckley had to a high degree Throng’s “passionate conviction that education was, in a special sense, a work of God”. From this conviction sprang two basic principles.

The first was that a great school should be more concerned with the building of character than with the attainment of academic excellence; and it had as a corollary that the training such a school gives should be essentially a training for service. The second was that every boy is capable of doing something well and has something to contribute – and hence that his capabilities, whatever they might be, must be discovered, encouraged and developed to the utmost. Thring believed that “in the economy of God’s world a dull boy had as much right to have his power, such as it is, fully trained as a boy of talent, and that no school did honest work which did not recognise his truth as the basis of its working arrangements”. Buckley held this belief with equal conviction.

These, then, were the principles upon which he began his School, and to which he steadfastly held throughout his long headmaster-ship. And to this vision of a school he dedicated his energies, his talents and his life.

‘Retained the same boyish enthusiasm’
“The first time I met Sydney Buckley was on a summer evening at the beginning of 1922. My father had decided to enrol me at Ivanhoe Grammar School and had taken me with him to meet the Headmaster. In those days, before the Darebin railway station had been built, the nearest railway station to the School was Ivanhoe and the main entrance to the School was from Lower Heidelberg Road, by a long broad gravelled driveway bordered with aloes. It was an impressive driveway, or so it has always seemed in my memory. Some years afterwards it was submerged in what has become the North Oval. But at this time it swept in broad and graceful curves from the Lower Heidelberg Road up to the crest of the hill where stood Sherwood House and the block of classrooms that had not long before been built.

“To me then not quite eleven years old and accustomed only to women teachers, the prospect of meeting the Headmaster of my new school was something to fill me, if not with apprehension, at least with that peculiar anxious tension one feels before an examination or important race. 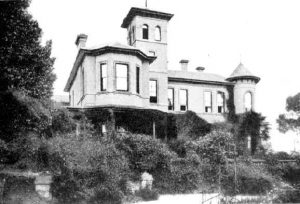 “I cannot recall what picture my imagination had formed of the Headmaster; but whatever it may have been, it was forgotten immediately he stepped out on the balcony of Sherwood to meet us. There was a natural warmth in his greeting which dispelled reserve. He led us into the cool and spacious old entrance hall, paved in the patterned tiles of last century, which echoed each footstep in hollow tones, and then into the Headmaster’s study. He talked of his plans for the School and as he talked his enthusiasm became infectious. His speech was direct and incisive, his eyes – small but alert and bright – held you in their glance.

‘His manner was warm and manly. He showed us over the School – Sherwood House with its imposing tower and its beautiful old balcony draped with wisteria, the stately trees and gardem, the tennis courts, the new oval, the natural ampitheatre where the School had played As You Like It on a beautiful evening the November before, and the two swimming pools. Then, as we were leaving, he suggested we should go with him to the book room and there, to my joy, he presented me with a new school cap.

“The impressions of that first meeting have remained undimmed by the passage of time. So, too almost until his death did the Headmaster himself. Forty years later, as a man of eighty, he still retained the same almost boyish enthusiasm, the same warmth, the same bright and alert eyes and his voice strong, incisive and almost unchanged by the years.” 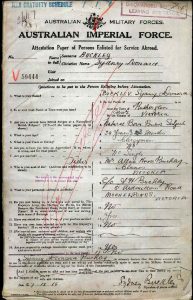 The Archbishop of Melbourne, the Most Rev. Frank Woods, M.A., D.D. wrote this Foreword in the School history, What Matter I: “Anyone who saw the sea of faces of men and boys at the funeral of Sydney Buckley will have realised that a striking Christian personality had been taken from us. I knew him only in his retirement and for a few short years. Ivanhoe Grammar School is the outward and visible sign of his work and influence but that influence is invisibly active in hundreds of the hearts and minds of his pupils and friends.” 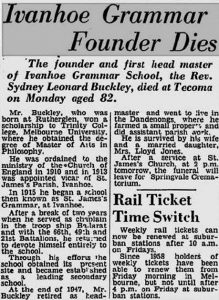